Skills development, a must for financial independence

By 2020, our country will receive a "demographic dividend" — 65 per cent of the population will be under the age of 35. It would give the country a huge advantage, provided certain measures are taken. At present, statistics about unemployment rate among youth in India paint a dismal picture. According to the International Labour Organisation, in 2016, the global unemployment rate for youth stood at 13.1 per cent. Data by the Labour Bureau suggest that, during that period, India was on par with the global average —13.2 per cent of those between 18 and 29 years of age who were seeking a job in 2015-2016 remained unemployed.

As our country targets to become a global economic powerhouse, it needs to equip its workforce with employable skills and knowledge to make India a developed economy Over the years, industry experts have argued that 'lack of opportunities' is a concern. But there is a greater concern — lack of skills which is looming large. According to the National Sample Survey, out of the 470 million people of working age in India, only 10 per cent receive any kind of training or access to skilled employment opportunities.

A recent employability report has found that over 80 percent of engineers in India are unemployable as they lack the technological skills required by employers. In today's age of globalization and technological volatility, skill building is an important instrument to increase the efficacy and quality of labour for improved productivity and economic growth. Skill development has emerged as a key strategy to realise the potential of demographic advantage of having the youngest workforce with an average age of 29 years in comparison with the advanced economies. It is a pivot to employ human resources available to improve our country's competitiveness and growth

Clearly, there's a huge mismatch between demand and supply when it comes to skilled workforce and employment opportunities, which could place a strain on the economy in the long run. Though recent initiatives such as "Skill India Mission" aim to train and create an employable skilled talent pool of 500 million people by 2020, there still is a long way to go 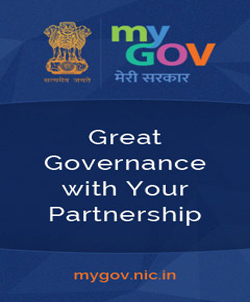